Author A. D. Stowers’ New Book ‘Michaela’s Miracle’ is a Stirring True Story of Loss, Heartache and Joy Centered Around a Young Woman Who Comes to Understand Love

By Regd editorial
October 28, 2022
Recent release 'Michaela's Miracle' from Covenant Books author A. D. Stowers is an impactful tale based on true events that follow Michaela, who has only ever known rejection and abandonment her entire life and discovers that love is indeed possible. A surprising encounter leads her on a beautiful journey from loss and despair to love and hope that drives her forward. 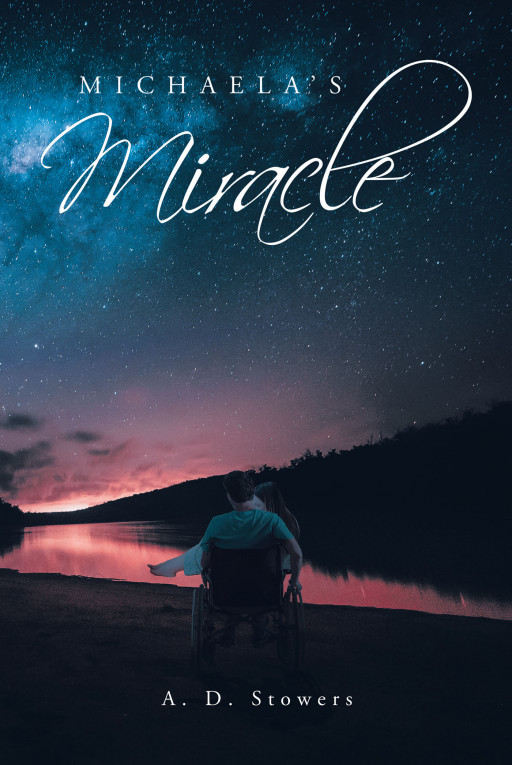 A. D. Stowers, who served as an Air Force colonel, later retiring from his position with Pfizer Inc. within their medical affairs group, has completed his new book, "Michaela's Miracle": an enthralling and compelling true account of a woman who learns that love does indeed exist in the world after years of facing rejection and loneliness.

"'Michaela's Miracle' is a true story of love, despair, disappointment, pain, resolve, faith, hope, and joy," writes Stowers. "Michaela was abandoned first as a child, then by her husband. When she least expected it, a man walks into her life. From him, she learns that love and honor do still exist. Their love grew into something even more vast than the stars they enjoyed observing, even amidst their sudden heartache and tragedy. Their story is heart-wrenching, yet they knew that whether it was many, many years or only a moment in time, they would always be able to gaze at the stars together."

Published by Covenant Books of Murrells Inlet, South Carolina, A. D. Stowers' new book is a poignant exploration of the ways in which love can grow from the most unexpected of places and renew one's spark and zest for life, even if hope has dwindled. Despite the obstacles she must face, Michaela gains valuable insight into the human condition on an unforgettable journey that will stay with readers long after its stunning conclusion.

Readers can purchase "Michaela's Miracle" at bookstores everywhere, or online at the Apple iTunes store, Amazon or Barnes and Noble.

Covenant Books is an international Christian-owned and operated publishing house based in Murrells Inlet, South Carolina. Covenant Books specializes in all genres of work that appeal to the Christian market. For additional information or media inquiries, contact Covenant Books at 843-507-8373.

Original Source: Author A. D. Stowers' New Book 'Michaela's Miracle' is a Stirring True Story of Loss, Heartache and Joy Centered Around a Young Woman Who Comes to Understand Love

Share
Facebook
Twitter
Pinterest
VK
WhatsApp
Previous article
Author Elizabeth Roane’s New Audiobook ‘In Search of Honor’ is a Captivating Drama Following a Communications Decoder in England During the Second World War
Next article
Author Lily DiBoca’s New Book ‘My Garden’s Alphabet’ is an Alphabet Adventure That Has Fun With the Letters, While Introducing Kids to the Beauty of Nature
- Advertisement -

Independently created, the project aims to forge new paths for individual creators and storytellers everywhere. AJO Members will get Token-Gated Access to exclusive content and test screenings, meet-and-greets with the cast and crew, merchandise, show voting rights, as well as many real world functions. 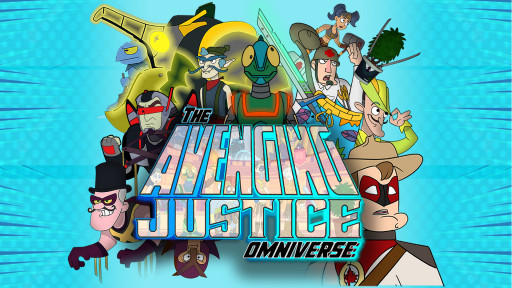 Originally gathered for an animated spec-pilot, Rob Paulsen, Maurice LaMarche, Ice-T, Tom Kenny, Grey DeLisle, Jim Cummings and over 20 other iconic industry voices join creator Ian Bensman on a journey into an Omniverse of new and uncharted storytelling potential. The project will give fans an active hand in the development of various show concepts from conception to completion in the hopes of placing them across potential networks and streaming platforms. The first of which is the aforementioned Spec-Pilot, an animated sketch comedy currently titled, "Avenging Justice".

THE AVENGING JUSTICE OMNIVERSE is comprised of parody versions and satirical takes on your favorite cartoons, superheroes, comic books, and infamous Canadians. The environmentally conscious project hopes to be equal parts multi-media storytelling experience, comic con VIP pass, and charity drive. The first set of limited edition digital memberships, known as "AJ Variants" will be available upon launch at AJomniverse.com.

"Towards the end of development on the spec-pilot, I was introduced to the Web3. This of course led me to NFTs. My initial excitement was subdued after learning about a myriad of negative factors, such as environmental impact. What's the point of creating fictional worlds if you're destroying our very non-fictional one?" said creator Ian Bensman. "That in mind, we crafted The AJO to be something we could be proud to stand behind as well as something that we ourselves would want. I truly believe in the creative potential of web3 and its ability to open new avenues of storytelling and interactivity."

Fans of the AJO's legendary cast will be able to get their limited edition, digital, membership cards, unlocking unrivaled online and real world experiences. AVENGING JUSTICE OMNIVERSE members gain access to token-gated test screenings, focus groups, watch parties, entry to unique Discord channels, meet-and-greets with cast, exclusive AVENGING JUSTICE OMNIVERSE merchandise, as well as unique voting abilities. Only 10,000 "AJ Variant" memberships will be available at launch. The rest will release through various giveaways, contests, and dutch auctions that are timed to coincide with the progression of an overarching story in the AVENGING JUSTICE OMNIVERSE. Each "AJ Variant" will be randomly generated from a set of 40 characters, all with their own set of attributes, Omniversal Designations, and varying rarity.

Author D. Fiskvik’s New Book ‘Mage Zero’ is a Stunning Fantasy Adventure of a Young Man Who Finds Himself in a Strange New World,...