Author Joshua Stevens’s New Book ‘Dark Legends: Rise of Darkness’ Explores a Vast Republic Far From Earth That Sits on the Cusp of a Brewing War Between 2 Factions

By Regd editorial
November 23, 2022
Recent release "Dark Legends: Rise of Darkness" from Newman Springs Publishing author Joshua Stevens is a thrilling fantasy which centers around a peaceful republic set in a galaxy far removed from Earth. Despite the current era of peace, war looms on the horizon as the pirate clans who faced defeat in the Pirate Wars begin their resurgence to regain power once more. 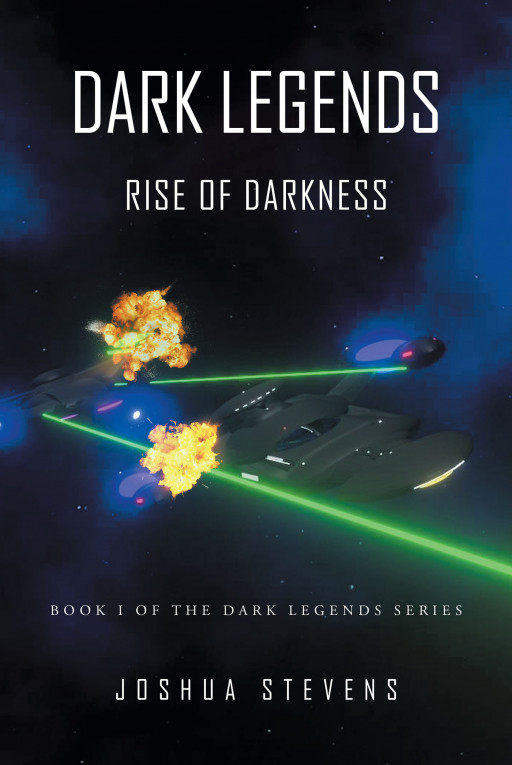 Joshua Stevens, a Navy veteran who has been writing all his life and holds a bachelor's degree in electronics, with a minor in communications, has completed his new book "Dark Legends: Rise of Darkness": a captivating and gripping adventure that finds one brave hero assigned to defending his galaxy from the dangerous pirate clans that have returned from the depths of defeat to cause chaos and regain their positions of power.

"In a system far from Earth, a vast republic reigns with compassion and fairness," writes Stevens. "Though the republic is at peace, an ancient cold war is heating up. The pirate clans have begun a resurgence since their defeat in the Pirate Wars. Their new leader, hidden in the shadows, rules the clans with an iron fist. His second in command, a ghost from the past, is scared by the clans. Both men are destined to bring an end to the home world, fulfilling the prophecy that created the clans ten thousand years ago. They watched as their world and those who shunned them were obliterated in the blink of an eye.

"The only man that can stop them is the only son of a long lineage of heroes. This man is linked both to the past and the clans in ways he does not realize. He is in command of the most advanced starship the republic has ever constructed, to help find a new home. His crew is the best of the best, brave and loyal, willing to do the right thing regardless of the consequences.

"Both sides will face off with each other reveal hidden secrets that no one suspected. It is a battle between good and evil that will span the known universe in a quest for revenge. Will our hero stop another world from burning or falling like his?"

Published by Newman Springs Publishing, Joshua Stevens's thrilling tale will launch readers into an action-packed space fantasy full of unique worlds and fully realized characters. Suspenseful and mesmerizing, "Dark Legends: Rise of Darkness" will leave readers on the edge of their seats, desperate for more with each turn of the page.

Readers who wish to experience this engaging work can purchase "Dark Legends: Rise of Darkness" at bookstores everywhere, or online at the Apple iBooks Store, Amazon, or Barnes & Noble.

Original Source: Author Joshua Stevens's New Book 'Dark Legends: Rise of Darkness' Explores a Vast Republic Far From Earth That Sits on the Cusp of a Brewing War Between 2 Factions

Share
Facebook
Twitter
Pinterest
VK
WhatsApp
Previous article
Author Jean-Marie R. Bralley’s New Book, ‘Naomi Grace’s ‘Wonder-Full’ Christmas’ is About a Young Girl Who Performs in a Joyful Production of ‘The Nutcracker’
Next article
Author Robin Hart’s New Book ‘Smile’ is an Adorable Story That Teaches Young Readers the Healing Power of a Smile and How It Can Make Any Situation Better
- Advertisement -

The company is offering a range of incentives for its channel to ensure energy conservation continues to be a priority. energyware ...
Latest News
Technology

Author Alan Featherstone’s New Book ‘One Hard Day’ is a Moving Story of Perseverance in the Face of Adversity and Injury Following an Air...