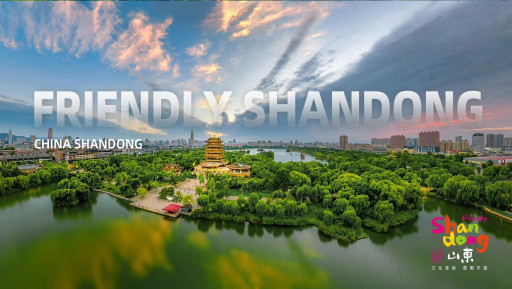 "Friendly Shandong", a multi-language social media matrix of Facebook, Instagram, Youtube, and TikTok, has garnered wide attention and a large number of followers since its revision in June 2022, according to the Culture and Tourism Department of East China's Shandong Province.

Shandong Province, known as the hometown of famous Chinese philosopher Confucius (551 B.C.—479 B.C.), has taken lead in promoting tourism and culture overseas via its nine social media accounts and pages in languages of English, Japanese, Korean and traditional Chinese.

From June to September, "Friendly Shandong" attracted more overseas audiences and followers with over 700 posts released. Among them, "#AlongtheYellowRiverLeadingtotheSea" and "CanalinShandong" received one million and 3.17 million impressions, respectively. With 206,000 impressions on Twitter alone, "Dezhou Braised Chicken" boasted the largest number of impressions with a single post.

Among them, a single picture-text story Facebook post, depicting the Tai'an section of the world's oldest and longest canal, the Beijing-Hangzhou Grand Canal, has reached more than 1.59 million audiences and received thousands of "thumbs-up" and favorable comments.

As such, the provincial culture and tourism department made the "Friendly Shandong" social media matrix complete by launching YouTube and TikTok accounts, adding Japanese, Korean, and traditional Chinese pages on Facebook, as well as English and Korean on Instagram.

By collaborating with social media accounts owned by its peers both at home and abroad, "Friendly Shandong" has enhanced its global influence, boosted its publicity effects, gained more followers, and attracted many official accounts to follow, including the Chinese Embassy in Pakistan, the Consulate General in Lyon, and the Chinese and oversea media.

"Friendly Shandong" introduced Shandong's most representative cultural symbols and tourism resources that showcase its hospitality. Creative posts were also released for special occasions, the Western and Chinese traditional festivals, such as World Architecture Day, World Emoji Day, and International Day of Friendship, and received over 10,000 likes from overseas followers.

"Friendly Shandong" narrated stories of Shandong with great beauty and exquisite details. The Shandong Cools Facts with five episodes already released, introduced fun facts about the culture and history of Shandong. The two programs of Confucius Classroom and Shandong Dialects aimed to help overseas followers know about the Analects and Shandong Dialects. The 24 solar terms, inspired by Chinese traditional cultural heritage, also took the stage at "Friendly Shandong" with their artistic expressions.

The Provincial Department of Culture and Tourism will continue to provide intriguing and high-quality social media content to fully satisfy the audience at home and overseas, display Shandong's cultural heritage and tourism resources, and tell stories with its unique characteristics, in a way for the overseas audience to comprehend easily.

Author Carol Soucie’s New Book ‘The Music Played On’ is a Moving Tale of a Group of Young People Who Must Find Their Way...

Recent release 'The Music Played On' from Newman Springs Publishing author Carol Soucie is a captivating story that centers around Bob Richardson, a young man in the 60s who realizes that to keep himself and his rock band relevant, their music and image must change. Meanwhile, Bob works to keep his relationship with legendary actress Corey Madrigal intact, while still searching for himself. 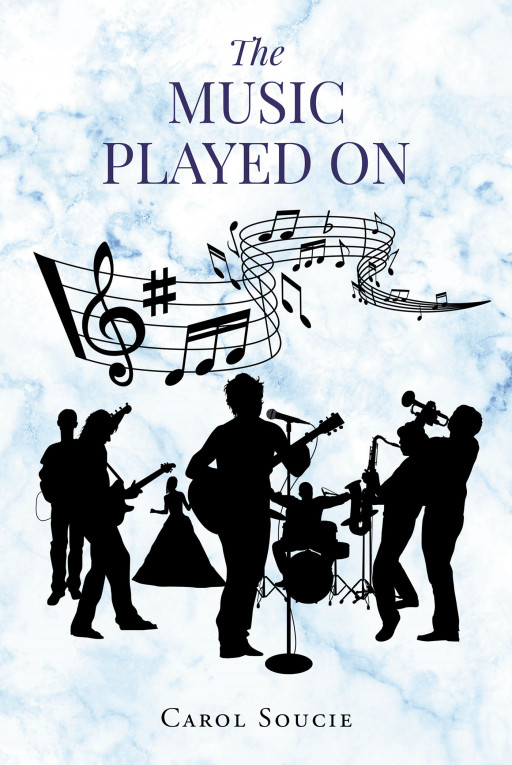 Carol Soucie has completed her new book "The Music Played On": a stirring and poignant tale of the ways in which one must search to find their source of happiness in life while also struggling to keep up with the times and social views.

"This is the sequel to 'The Right Music for Dancing', where Bob Richardson and his rock band, the Night Owls, find they must evolve with the times or get lost in the transition. Now in 1960, the band takes on a new look, along with the content of their music," writes Soucie.

"Bob and Corey Madrigal, the iconic dramatic actress almost twice his age, find new meaning in their relationship. And social issues of the time are confronted and dealt with change in mind.

"Bob is still making motion pictures and appearing on Broadway, but his lifeblood is still playing, writing, and traveling to perform his music with the Night Owls.

"Within, there is happiness and great joy, disaster and conflict, fulfillment and satisfaction, and ultimately tragedy and death.

Published by Newman Springs Publishing, Carol Soucie's engaging story is an expertly paced and character-driven drama that is sure to capture the hearts and minds of readers and stay with them long after its stunning conclusion.

Readers who wish to experience this mesmerizing work can purchase "The Music Played On" at bookstores everywhere, or online at the Apple iBooks Store, Amazon, or Barnes and Noble.

Original Source: Author Carol Soucie's New Book 'The Music Played On' is a Moving Tale of a Group of Young People Who Must Find Their Way in Life and Adapt to the Changing Societal Norms

Author Jean-Marie R. Bralley’s New Book, ‘Naomi Grace’s ‘Wonder-Full’ Christmas’ is About a Young Girl Who Performs in a Joyful Production of ‘The Nutcracker’