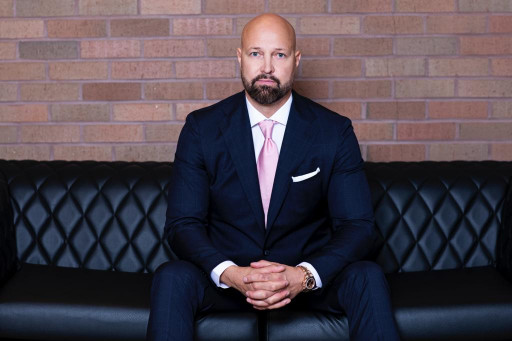 The effects of recession have begun to be felt in Europe and in the world while global markets are under the influence of inflation. Several factors, such as the rising costs, inadequate production against the demand, and potential chip crises, have put the electronic product trade in danger particularly in Europe. According to the statements of Europe's biggest commercial distributor IMEX Holding CEO Martin William Edelberg Sorensen, in spite of the fact that the firms in Europe are encountering a possible threat of loss, the demand for electronic products in the market has increased. The European Consumer Electronics Report, shared by Statista, also verifies this statement and demonstrates that the European electronics market has reached a value of 202.10 billion dollars as of the first half of 2022, and there is no sign of recession in the sector yet.

The interest in consumer electronics is increasing as days pass and in general, the annual growth rate is seen to be gaining speed. Regardless of the global inflation risks, it is thought that the volume of devices in the market per capita is going to increase up to 1,6 items by the end of 2022. With over a 40-year of experience in the field and a passion to sell the highest quality products in new markets, Imex Holding is working hard to meet these accelerating expectations in the market. According to the CEO Martin William Edelberg's statements, the recession possesses the risk of impacting particularly the small-scale companies, yet; the strong companies such as Imex Holding are face to face with a demand that is increasing on the contrary.

WHAT ARE THE POSSIBLE EFFECTS OF THE RECESSION ON THE ELECTRONIC PRODUCT SECTOR?

Recession is defined as slowness in the most basic sense, and it symbolizes prominent declines in the economy that are typically observed for a few months. Accordingly, it brings about contractions in the economies of the countries and decreases in per capita incomes. The recession, which forms a risk for the general markets, has been benefiting the strong firms such as Imex Holding. In a statement he made, the CEO of the company, Sorensen remarked that they are leading the European retail and mass production trade market as the Imex Holding, and he continued his speech as follows: "The fact that there is a recession worldwide has been felt since the last months of 2021, however; this situation has not affected the demand for electronic devices such as smartphones, headphones and game consoles. Even though smartphones are leading the sector for now, we suspect that this balance might change in the future and thus, we maintain our studies accordingly."

A study that was conducted by Deloitte in the period between 2018-2021 also confirms the statements of Sorensen and illustrates that products such as TV sets and computers have a faster growth share than smartphones. According to Sorensen, the living and working habits, which changed subsequent to the pandemic, are of assistance to this situation. "The distant working and education systems that are introduced after the pandemic have created new needs and those needs resulted in devices such as headphones, computers and glasses being essential requirements. Hence, we do not expect the recession, which is a general threat, to influence consumer electronics, quite the contrary; we think that devices such as these are the technology of the future and they will be sought after at all times for this reason."

Sorensen, who also mentioned that the digital tools have turned into a particular comfort zone now, stated that another reason for the increasing demand is social media and gaming platforms. He said that since such platforms gave rise to new lines of work and the significance of digital content production is understood, more and more technological devices are used now. Besides, he also added that several devices such as headphones and cameras have now passed into the basic needs category and the hybrid business models have enhanced the use of technology.

HOW WILL THE GLOBAL RECESSION AFFECT BUYING HABITS?

As it is not generally easy to predict the level of consumer expenditures, it can be stated that there are a plethora of factors influencing the consumer buying power. While the financial status of the household has the most critical role here, being able to measure the future expectations is equally significant. Therefore, it can be mentioned that the facts that there are risks for the consumers in Europe in general, such as facing a serious revenue loss in the future and encountering a decrease in the living standards, affect the spending decisions.

Nonetheless, according to Sorensen's statements, who remarks that as Imex Holding, they are closely following both the global-scale developments and the variables in the European market, the revival in the economies in the post-pandemic period still continues and although there is a risk of recession not only in Europe but also globally, the need for electronic products is increasing instead of decreasing. Imex Holding has been meeting this need to a great extent by means of marketing the most sought-after products of the industry, and this situation proves that the interest in technological devices has not yet disappeared.

Particularly recently, the developments such as the metaverse-oriented projects' becoming popular, and the increased interest in blockchain and virtual reality devices, have attracted attention around the world. The consumers do not want to fall behind the renewed technologies and are forced to act more reasonably when making shopping decisions, though the risk of recession still continues. As a matter of fact, the consumers are increasing the frequency of their electronic products shopping due to the emergence of new tools and the continuation of artificial-intelligence based studies. The devices that were once used for many years become worn out in a short time now, and new concepts such as 5G and internet of objects are introduced to the market. As a result, the need for consumer electronics does not seem to decrease. This circumstance is adversely affecting the sales of electronic products whereas it enhances the demand for digital tools and contributes to the growth of the giants of the sector such as Imex Holding.

The below is attributable to Spokesperson Ned Price: Secretary of State Antony J. Blinken met yesterday in Cairo with a...
Latest News
Fashion

Remarks by U.S. Department of the Treasury’s Under Secretary for Terrorism and Financial Intelligence Brian Nelson in Türkiye