Balance of Power today announced the worldwide debut of КOMЯADE TЯUMPOV, the Blimp, a 13-foot blimp of Donald Trump in full Russian military garb with tributes to Vladimir Putin, Vladimir Lenin, Joseph Stalin and the GRU of the Russian Military Intelligence.

КOMЯADE TЯUMPOV serves as a humorous way to remind every person who sees the blimp of the urgency to vote for the Democratic candidate in 2020.

The blimp’s launch coincides with a Kickstarter intending to get КOMЯADE TЯUMPOV blimps distributed around the country and world, so at every opportunity, every rally, strike or march, anywhere Trump shows up to golf or sleep, КOMЯADE TЯUMPOV is flying close-by.

“КOMЯADE TЯUMPOV, the Blimp is intended to sear in our fellow citizens’ minds the urgency to vote in the 2020 election. This time around, we know that Vladimir Putin intends on disrupting our election, that the President of the United States is encouraging this disruption, and that the Republican Party refuses to allocate money toward protecting our elections and our sacred right to vote,” says Samuel Deskin of Balance of Power. “In the Republican Party’s attempt to maintain control of the levers of power they are risking the greatest democracy in the world and aligning themselves with Russia. Every vote will matter. In 2020, we are not only voting for candidates, we are voting for democracy. КOMЯADE TЯUMPOV, the Blimp, serves as a reminder of what is at stake in this election.”

Balance of Power is committed to an inclusive and progressive future. The organization rallies fellow citizens to be informed and engaged in the country’s politics by wearing their political affiliation on our sleeve and fighting the propaganda that is political discourse in America today.

Original Source: Balance of Power Announces the Launch of КOMЯADE TЯUMPOV, the Blimp 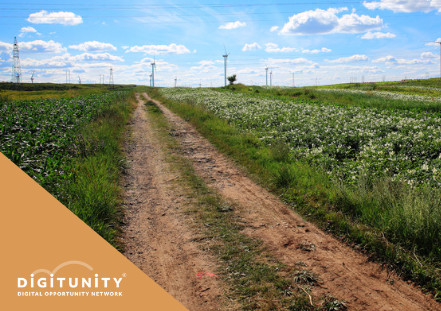 Rural areas in the U.S. struggle to provide residents with broadband internet access and the computers needed to maximize the benefits of online educational and economic resources. Digitunity, a non-profit organization committed to ending the digital divide, has released a commissioned report on the potential causes and solutions to the rural digital divide.

"We know the digital divide has few boundaries," said Scot Henley, executive director of Digitunity. "It exists in large coastal cities and small towns in America's heartland. It affects people across demographics. With this report, we now know more about why that divide exists and how communities can resolve it."

Areas with substantial internet access and usage typically have higher levels of economic and community development in comparison to those with lower levels of use. The Infrastructure Investment and Jobs Act, passed in late 2021, dedicated an unprecedented amount of federal funding toward increasing broadband availability and adoption in less connected areas.

Digitunity's report, written by Oklahoma State University professor Brian E. Whitacre, discusses the direct correlation between internet access and rural economic development. It also looks in depth at the issue of device ownership, focusing on nationwide access and usage of large-screen devices recognized as superior to smartphones in the digital equity space.

The three major segments of the report, titled "Status Quo," "Supply," and "Support," cover the socio-demographics impacted, as well as the supply chain processes and support networks working to resolve the digital divide rural communities face. The report's findings align with Digitunity's mission and focus on partnership networks.

"Since its inception, Digitunity has operated on the belief that community-based organizations are essential to ending the digital divide," Henley said. "This report clearly defines the problems facing rural communities and how they can work with organizations like Digitunity to foster the solutions to those problems."

To learn more about Digitunity's mission to eliminate the digital divide in both rural and urban communities, please visit digitunity.org.

About Digitunity
Since the 1980s, Digitunity has advanced digital inclusion by connecting donors of technology with organizations serving people in need. Our mission is to ensure everyone who needs a computer has one, along with robust internet connectivity and digital literacy skills. To learn more about our mission, please visit digitunity.org.