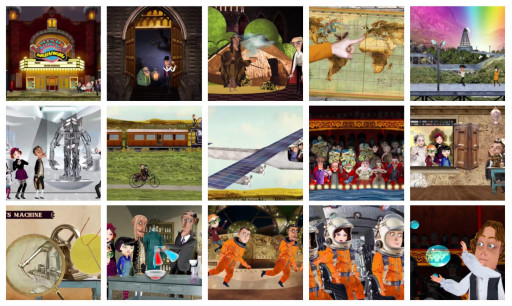 The show is based on various contents such as science, art, and history, and is provided in the form of animation, performance, and exhibitions. It is a popular brand that enjoyed fame as an animation in Korea, followed by books and performances. GraFizix is a complex content production company composed of animation teams, R&D teams, and performance exhibition teams. (FraFizix Co., LTD is the enterprise holding Professional Technique and the Infrastructure of Programing_Producing of Animation/Edutainment and Contents/Digital media Arts). Based on Mind Blowing Breakthroughs, it has planned and produced family musicals, experience exhibitions, holograms, and functional games.

It is an educational animation that aired up to three series on EBS, a Korean educational broadcaster. Currently, Korean, English and Spanish dubbing are available. The narrator of the work embodied the history of great men through dialogue and motion graphics. In particular, Heo Poong-Sun's art show TV series animation was produced in collaboration with Astrolab Motion in Argentina in 2012.

For the musical version of the show, "Mind Blowing Breakthrough-Science Show Season 2: Marie Curie vs Einstein," was performed.

The musical is a science variety show in which Baron Münhausen invites scientists who have made famous achievements in history to virtual reality to compete with their brains. The life and achievements of Nobel Prize-winning scientist Marie Curie and Albert Einstein were expressed interestingly in augmented reality (AR) and holograms. It introduced a new genre called the Academy of Sciences Musical, which incorporated various science and technology into the performance.

The Mind Blowing Breakthrough - Academy Board Game is an educational game based on the achievements of scientists and musicians from the East and the West. The board game was also selected as a Game of Excellence by the Korea Creative Content Agency. The game allows players to learn common sense for science and music naturally with three-dimensional characters. The board game was so popular that it sold out of stock.

Meanwhile, GraFizix is producing experiential performances using realistic media technology. It is preparing to enter the EduTech market based on facial recognition AR technology and holograms. GraFizis is expanding the variable cultural contents area developing the core technologies of contents and process of sustaining research & development.

Recent release "Ditchmen 3: The Rise of Dirt Cake" from Covenant Books author Joe Ginter follows teacher Jay Griner, also known as Mr. G., and his not-so-late wife as they use a new and improved Ditchman to withstand the retaliatory efforts of defense contractor Stan Bando, along with his version of a Ditchman called Dirt Cake, and work together to save their hometown for the third time. 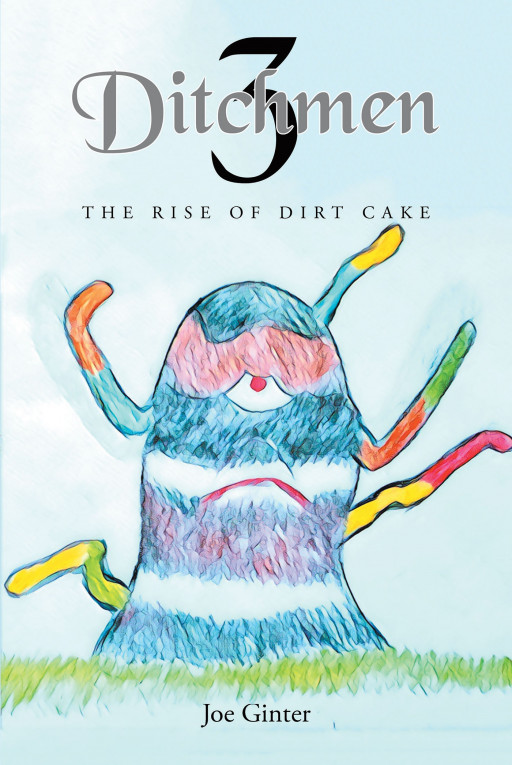 Joe Ginter, author of "Ditchmen 1" and "Ditchmen 2," has completed his new book, "Ditchmen 3: The Rise of Dirt Cake": a fascinating novel filled with suspense that follows Mr. G on his latest heroic adventure written as an enthralling screenplay.

Author Joe Ginter describes the opening shots, writing, "This beautiful, sunny late October Saturday morning of the various landmarks from the first two screenplays of the St. Marys, Ohio, area. This includes windmills with a nearby farmer in his combine harvester, Griner's Farm, the rural cemetery, and the country road adjacent to Griner's Farm and the cemetery. The country road has been completely resurfaced and the bunker underneath filled in. Other shots include Ted's rural home, the present-day cemetery in town, Amy's new lab completely funded by the government catty-corner from the cemetery, the school, and the restored theater downtown and also not previously mentioned locations and items like the town's historic canal boat and museum, 'Reelect Ted Horn for Mayor' signs, banners promoting Halloween Week, and a sign promoting the annual Ghost Ball and, finally, a new wellness-and-fitness center decorated with grand opening banners and posters promoting its open house event."

Published by Covenant Books of Murrells Inlet, South Carolina, Joe Ginter's new book tells a compelling story using clean humor and an engaging plot. The author used his students, future graduates of 2029, to prepare "Ditchmen 3: The Rise of Dirt Cake" for publication. Ditchmen were imaginary creatures that he sketched when he was four years old as his family would drive down country roads.

Readers can purchase "Ditchmen 3: The Rise of Dirt Cake" at bookstores everywhere, or online at the Apple iTunes store, Amazon or Barnes & Noble.