By Regd editorial
December 12, 2022
Recent release "The Keys to Life's Success: Overcoming All Odds" from Newman Springs Publishing author Tony Curtis Franklin Jr. helps readers understand how to attain employment and grow one's wealth through financial literacy. From getting a loan and developing credit to understanding how to own and operate a business, Franklin shares with readers the tools needed to achieve their new future. 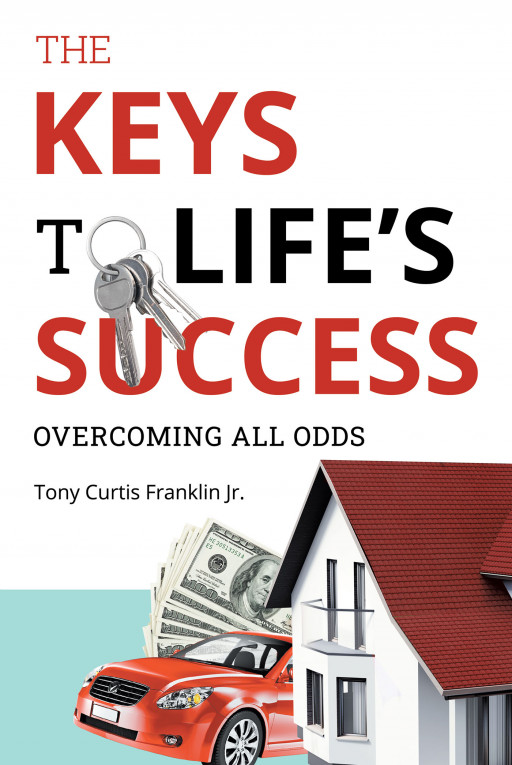 Tony Curtis Franklin Jr., who overcame violence and many adversities throughout his life on his road to success, has completed his new book "The Keys to Life's Success: Overcoming All Odds": an intuitive guide to help readers achieve success through financial literacy and understanding the key foundational tools to building wealth and starting a business in America.

"Have you ever thought about becoming successful in life?" writes Franklin. "Successful as far as becoming a business owner one day? Imagine starting off working two jobs and saving one paycheck and paying your bills with the other while at the same time building your credit for a few years to boost your credit score to about 700. Now picture yourself getting a loan from some type of lender or bank with the credit you have established over those couple of years with collateral put up in a business bank account before you finally open up a legitimate business of your own! All the odds you've overcome were worth all the hard work you've put in over the years, weren't they? Well, that's what you will enjoy about this book, 'The Keys to Life's Success: Overcoming All Odds'. This first-time author pieced together his own plan for becoming successful in life. I hope you enjoy reading it, and please utilize this valuable book to help you become successful as well. I wish you well on your journey to prosperity!"

Tony Curtis Franklin Jr.'s enlightening tale is inspired by the author's desire to help those who have faced adversities such as himself find success and fulfillment in life. Specifically, Franklin hopes to help others build their wealth and enjoy life by providing the information needed to better understand how to gain and use one's money to generate further wealth.

Readers who wish to experience this educational work can purchase "The Keys to Life's Success: Overcoming All Odds" at bookstores everywhere, or online at the Apple iBooks Store, Amazon, or Barnes & Noble.

Newman Springs Publishing is a full-service publishing house for serious authors.  All manuscripts in any genre are welcome to be submitted for review; If the manuscript meets the necessary criteria and is accepted for publication, Newman Springs Publishing will work closely with the author to bring the book to the retail market for a relatively inexpensive initial investment. 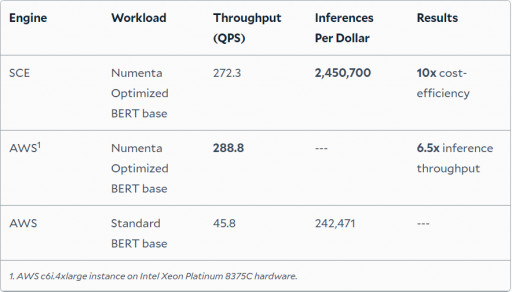 Based on over 20 years of neuroscience research, Numenta solutions introduce novel architecture, data structures, and algorithms that deliver dramatic acceleration on inference tasks and minimize the overall resource usage of intelligent systems.

"By building technology based on the efficient principles and structures in the brain, we can overcome today's deep learning performance challenges and unlock new AI capabilities," said Christy Maver, Vice President of Marketing at Numenta.

With the global market value of AI/ML applications projected to exceed $136B this year and a tectonic shift towards computationally expensive use cases such as generative AI, Salad is poised to provide affordable GPU access and an infinitely scalable compute supply to AI innovators. The company hopes that Salad Container Engine will provide affordable alternatives in a marketplace where 81% of IT teams cite rising infrastructure costs as a critical concern.

"To combat the growing cost of hyperscale cloud services, Salad will securely and sustainably distribute applications across the world's largest pool of compute resources," said Miles.

Teams interested in using Salad Container Engine may apply for early beta access by following Salad's onboarding documentation. Those interested in using Numenta technology can apply to their Private Beta Program at numenta.com/private-beta-program.