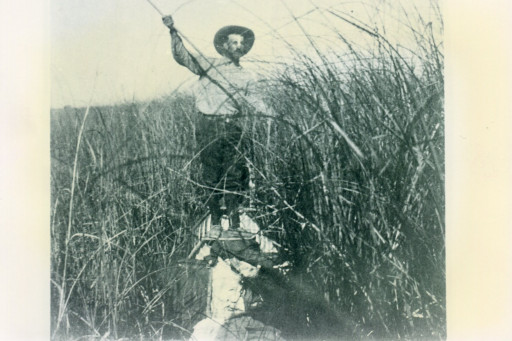 A team of five explorers will soon embark on a daring and dangerous trek that has not been completed in 125 years. The 2022 Willoughby Expedition team will attempt to retrace an 1897 canoe journey across the Florida Everglades that was first completed by explorer and scientist Hugh de Laussat Willoughby. Willoughby's charts aided in creating the first accurate maps of the region, his water sampling provided the baseline water chemistry for the Everglades, and his book is primary reading for all Everglades scholars.

To gauge humanity's impact on the largest remaining subtropical wilderness in North America and a UNESCO Wetland Area of Global Importance, the 2022 Willoughby Expedition team will sample and test for the same water constituents that Willoughby did more than a century ago. They will also look for water pollutants that Willoughby couldn't have foreseen, including microplastics, perfluoroalkyl and polyfluoroalkyl substances (PFAS), pesticides, pharmaceuticals, Environmental DNA (eDNA), and antibiotic-resistant genes, all of which are potentially adversely affecting plant and animal species globally. To help conserve wildlife, the team will also document the abundance and location of apple snails, which are the sole food source of the federally endangered Snail Kite, a bird of prey.

Starting at the mouth of the Harney River in the Gulf of Mexico on Oct. 27, and ending in downtown Miami in early November, the coast-to-coast expedition will also commemorate the 75th anniversary of Everglades National Park. It will traverse the saltwater of the Gulf of Mexico, the brackish water of inland rivers, pristine freshwater sawgrass, canals in suburban Miami, and ultimately, through a maze of skyscrapers to Biscayne Bay.

Because the 2022 Willoughby Expedition will be a scientific research milestone for the Florida Everglades, The Explorers Club has awarded the team one of its flags. It is an immense honor for the 2022 Willoughby Expedition team to carry it on their journey. Flags from The Explorers Club represent an impressive history of courage and accomplishment. Today, there are 222 numbered flags from The Explorers Club, each with its own history. One of them was personally flown by Apollo 11 astronaut Neil Armstrong on humanity's first moon landing mission in 1969, and another was carried to the summit of Mount Everest by Tenzing Norgay and Edmund P. Hillary in 1953.

Historically, the Florida Everglades stretched from the north near modern-day Orlando to the south at Florida Bay. Willoughby completed his studies of the Everglades before large-scale drainage and reclamation programs began in the late 19th century. Today, the size of the Everglades has been reduced to approximately one-third of its original size to make way for the modern cities of South Florida and their millions of residents.

"This expedition is primarily focused on applying modern scientific investigations to one of the planet's most important watersheds. However, we also hope to inspire future generations of scientists and explorers, and all citizens to be better stewards of our shared environment," said Dr. Tracie Baker, lead scientist on the Willoughby Expedition team and an associate professor at the University of Florida. "My work focuses on multidisciplinary research that seeks to bridge and improve human, animal, and environmental health. The Willoughby Expedition will provide critical primary research into that work."

The Florida Everglades is one of the world's best-known and most visited watersheds, serving as the "environmental kidneys" of Florida by filtering and cleaning water from all over the central and southern parts of the state. Its water quality directly impacts more than 12 million people and thousands of plant and animal species.

To increase educational programming around the human impact on the Everglades, the 2022 Willoughby Expedition is also partnering with school districts and cultural institutions in South Florida. Live feeds from the Everglades will be shared with schools and science museums, allowing students, educators, and museumgoers to interact directly with the expedition team.

"Public education and the live broadcasts are some of the most exciting and important aspects of the expedition," said Harvey E. Oyer III, the 2022 Willoughby Expedition's co-leader, who is also an author, archaeologist, fifth-generation Floridian, and former U.S. Marine Corps captain. "We want to share our passion for the natural world by giving the public an inside look at our work, and igniting their passion to preserve the natural world."

Support team members include three other scientists, a chemist, a pilot, and a filmmaker.

To learn more about the team, the course, the science, and the man who inspired it all, visit willoughbyexpedition.org.

Recent release "A Message from Above" from Covenant Books author Rene George is a true story told from the heart. The story took 10 years to tell, but the author is now ready for the world to read the story of her life. 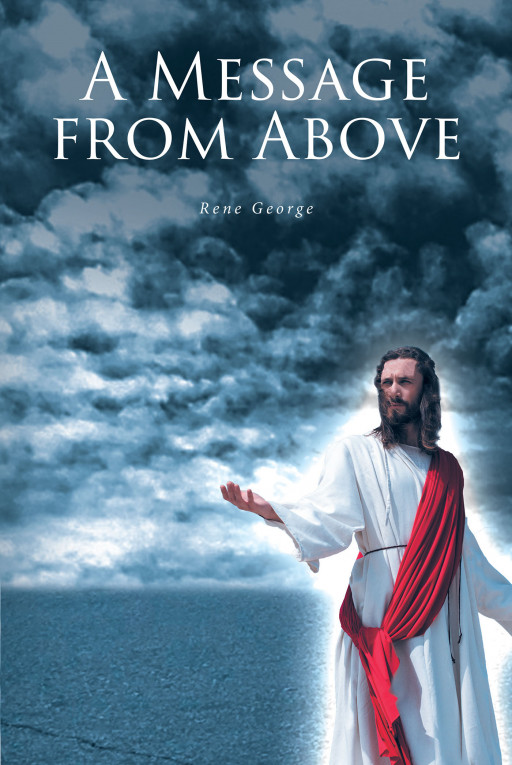 Rene George, a hairdresser by trade, has completed her new book, "A Message from Above": the author's poignant story of her own life, the things she deals with daily, her miraculous experiences with God, and the testimonies that have shaped her life.

"It's not easy to share your dirty laundry with everyone," George writes. "But when there is faith, you are willing to show the light to reveal the darkness, no matter what the cost."

Published by Covenant Books of Murrells Inlet, South Carolina, George's new book is a testament to the power of God's love and His divine influence over our lives.

"We need to nail it to the cross to run this race. His ways are not our ways. Sometimes, that can make it so frustrating, but we can still stand strong and rise up, knowing we are triumphant with our head held high, humbly of course. My sins are forgiven. That is a reminder to Satan my debt has been paid. He is the only way and He is going to perform His good word toward us. He loves us, and where you see ugly, He sees beautiful!" writes George.

Readers can purchase "A Message from Above" at bookstores everywhere, or online at the Apple iTunes Store, Amazon or Barnes & Noble.

Original Source: Author Rene George's New Book 'A Message From Above' is the Author's Life's Testimony in Which She Airs Her Dirty Laundry and Accepts Divine Forgiveness