InvestChile Opens Offices in the USA and Germany 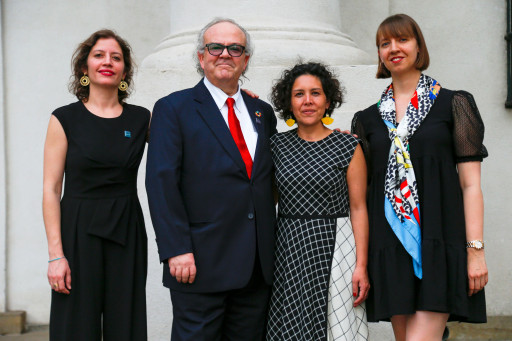 As part of the measures to encourage investment that were introduced by Chilean President Gabriel Boric under the "We Invest in Chile Plan," InvestChile announced this week the appointment of new investment attachés for Europe and the USA. The new attachés, Beatriz Herrera (USA) and Vanessa Séverin (Europe), were selected from a field of 130 applicants. Both women are career civil servants with extensive experience at InvestChile.

The agency's new offices in Washington, D.C., and Berlin will officially open on Dec. 15, joining InvestChile's Asia office, which has operated in Tokyo since 2017 under the leadership of the agency's attaché for Asia, Vicente Pinto.

"It's great news that the agency can once again operate directly in two of its leading markets," emphasized InvestChile Director, Karla Flores. "These new offices will give us a direct line to the headquarters of companies implementing projects in Chile, which will streamline decision-making on those initiatives. The role they play can make a tremendous difference in the current international climate of uncertainty," she added.

It is important to note that the European and U.S. markets represent 60% of Chile's Foreign Direct Investment (FDI) stock, and the hope is that opening these offices will prompt the reactivation of projects worth more than US$1.5 billion in 2023.

About the new attachés

Beatriz Herrera, the new investment attaché for the United States, earned a Business degree from the Universidad Adolfo Ibáñez and has a Master's degree in Finance from the same institution. She has worked in the field of finance for most of her career, occupying management positions in Risk and Finance in local companies, before joining InvestChile in 2018 as an investment promotion executive. Since then, she has been responsible for promoting the Venture Capital sector and has occupied other positions, such as Coordinator of the Promotion team and head of the agency's foreign network.

Original Source: InvestChile Opens Offices in the USA and Germany

This is the Most Important Launch on Nintendo Switch This Year: nOS Turns the Console Into a Mini Tablet