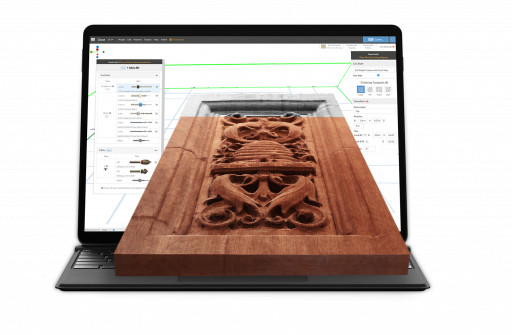 Inventables, the leader in CNC carving software and machines, is excited to announce the launch of 3D carving in Easel Pro. This enables customers to import 3D STL files and start carving in minutes. In addition, customers can now create higher-value projects with the potential to make them more money. Everyone who has Easel Pro will get 3D functionality at no additional cost.

3D in Easel Pro allows people to easily earn more money from their machine and take their business to the next level with unique, high-quality carvings. With the click of a button, they can import STL files and watch their 3D designs come to life.

The Easel Pro software lets users move quickly from an idea to a finished product. It's easy to get started and robust enough to design almost any project. For people already using other software, Easel Pro can quickly import their G-Code, PNG, DXF files, and now STL files.

Inventables is a 3D carving company offering intuitive software, an easy-to-use carving machine, and unique carving materials. Easel and Easel Pro, our design platforms, are the most accessible and user-friendly design software on the market. Paired with our affordable 3D carving machines X-Carve Pro and X-Carve, makers of all abilities can produce their first project in minutes.

Inventables' vision is to ignite a new product revolution by bringing manufacturing capability into the hands of millions of people.

Note to editors: High-res photos, video and more can be found in our 3D press kit. For more information about Inventables and its products, please visit the website at www.inventables.com, call 312-775-7009 or email [email protected] 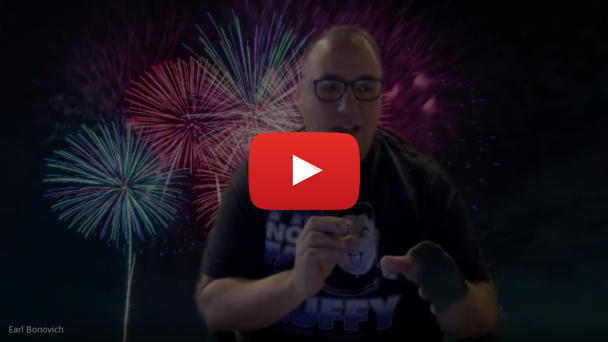 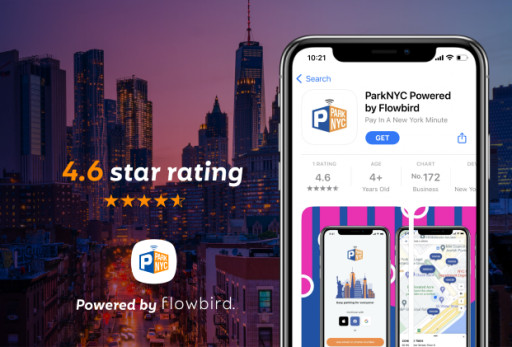 Flowbird Group launched the new and improved ParkNYC mobile parking app on Oct. 17, allowing motorists to pay for on-street and municipal parking in New York City. The new app, implemented by the New York City Department of Transportation, can be used in tens of thousands of parking locations across the five boroughs. In the first four weeks of the launch, the app was downloaded an unprecedented 700K times.

About 42% of all parking transactions in New York City are made by phone, which showcases the importance of having an easy-to-use parking payment interface. The new ParkNYC app, launched this October, brings several innovations that aim to streamline the parking experience. Improvements to the app include the ability to pay as you go, in addition to the existing ability to pre-load a ParkNYC wallet. The app also supports the latest models of today's smartphones, providing users with a better in-app experience than ever before. Users can receive push notifications when time is about to expire, and extend their time through the app.

Thirty days after the launch of the new pay-by-phone ParkNYC app, its success is unmatched. The new app has been downloaded 700,000 times with 500,000 accounts created. In just 4 weeks, the app has processed over 1.8 million parking transactions. Since the launch, ratings for the new app have jumped from 1.4(on the previous app) to 4.6, with over 10k user ratings. Users compliment the new design, thank the development team for the seamless integration, and cite that it is easy to connect.

Customer support has been on standby since launch, helping users transition to the new app platform. As of 30 days post-launch, there are about five support requests per 1,000 mobile transactions. The average wait time is under one minute on the support line and most calls are resolved in under six minutes.

"I love the new revised app. It is user-friendly, efficient, and we are able to extend parking when needed. Great convenience!" - ParkNYC App iOS reviewer.

Flowbird partnered with NYCDOT to design a brand new end-user portal for ParkNYC and to ensure a successful transition to the new app.

We are delighted to have improved the end users' convenience and to see such a quick increase in the adoption rate," said Benoit Reliquet, President, Flowbird America. "This success is the result of very dedicated collaboration between NYCDOT and our teams."

New York City joins the thousands of other towns and cities across the United States, and globally, using the Flowbird app. Flowbird's continued growth reflects its success in providing simple and convenient solutions for parking and mobility. For more information, please visit www.ParkNYC.org.

Stone Rivers’ New Book ‘Suicide Killer: The Manager’ Explores the High Scrutiny and Judgment Faced by Those in Law Enforcement While Trying to Protect...